Paul French, author of City of Devils, takes us on a walking tour of Old Shanghai, recounting the tales of decadence, opium and freebooting of the 1930s and what remains of that era in modern Shanghai

In its heyday, Shanghai was the real deal when it came to anonymity – a chap could walk down the gangplank from his ocean liner, step onto the majestic sweeping Bund waterfront, stroll nonchalantly over to the disinterested customs man and proffer any name he cared to. No-one in Shanghai wished to see a passport, nor did they require a visa, nor could they care less if you gave a false name. The supposedly visa-free Casablanca of popular legend is largely a Hollywood invention; the International Settlement of Shanghai was actually the most open city in the world during the 1930s.
Secured by gunboat-enforced treaty from China after the First Opium War in 1842, Shanghai grew and prospered for 99 freebooting, cosmopolitan years, until the Japanese occupied the city moments after their attack on Pearl Harbor and all-out war in the Pacific began. But that was later… in the 1930s Shanghai was a must for any chap on a tour of the Far East, an essential disembarkation for Oriental-bound sojourners, at a time when Hong Kong was nothing more than a garrulous and pestilential Navy town and Singapore a notoriously boring place under the sway of prim missionary wives.
By contrast, Shanghai stood for modernity, boasting world-class hotels with lifts and central heating, movie theatres, motorised taxi cabs and art-deco cabarets on nearly every street corner; neon light, jazz, opium. It was a city that attracted the raffish adventurer as well as the chap-on-the-make and the chap on-the-lam. It was cosmopolitan beyond belief, inhabited by over three million Chinese with several hundred thousand foreign residents – “Shanghailanders” – as well as 140,000 White Russian émigrés from the Bolshevik Revolution and a newly arrived 40,000 Jewish refugees from fascism in Europe. It was the world’s fourth largest city (after London, Paris and New York) in 1936 and by far the most densely packed. 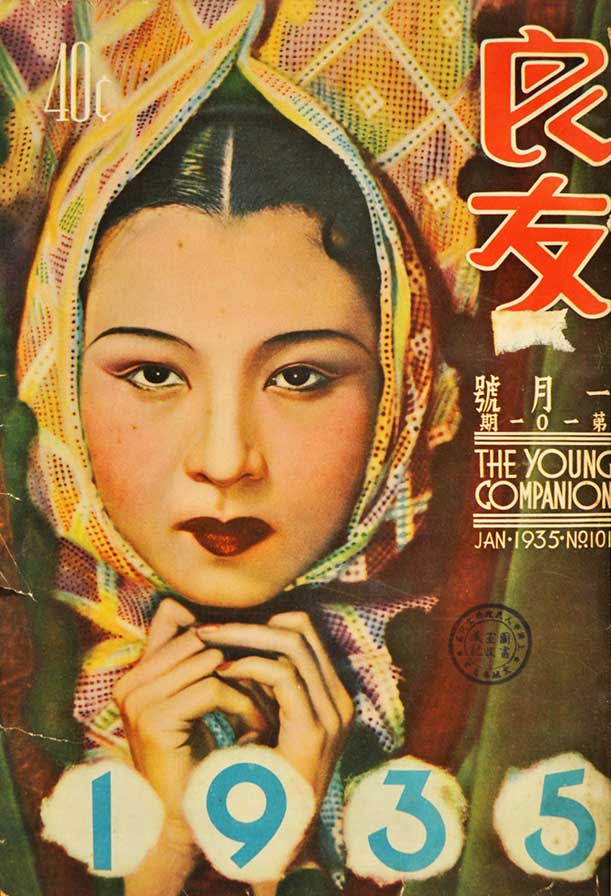 Shanghai’s legal light touch meant closing hours were never even considered and bordellos licensed. You could, literally, drink and dance till dawn. We don’t have long, just a night ashore to explore the Bund and the streets close by, but we won’t be short changed for choice and sights to see.

THE SHANGHAI CLUB
A man of distinction, of some standing in life, a degree of wealth and success (real or imaginary) would not consider anywhere else but the Shanghai Club for their first drink after disembarkation. The Shanghai Club was a couple of minutes walk from the Customs House at No.2 Bund. Upon entering, he would take his place at the famous Long Bar. Where exactly he stood along the L-shaped bar (111 feet long and then a further 39 feet to form the L-shape) would be determined by his status. New arrivals were customarily served at the far end of the main length of the bar; those with some social rank and time served in the East closer towards the entrance; the veteran Shanghailanders and tai-pans (big bosses) of the largest foreign firms sat at the shorter arm of the bar facing out over the riverfront. It was the world’s longest continuous bar – Noel Coward, visiting in 1930, wrote of the Long Bar at the Shanghai Club that, as he lay his cheek on it, he could see the curvature of the earth. 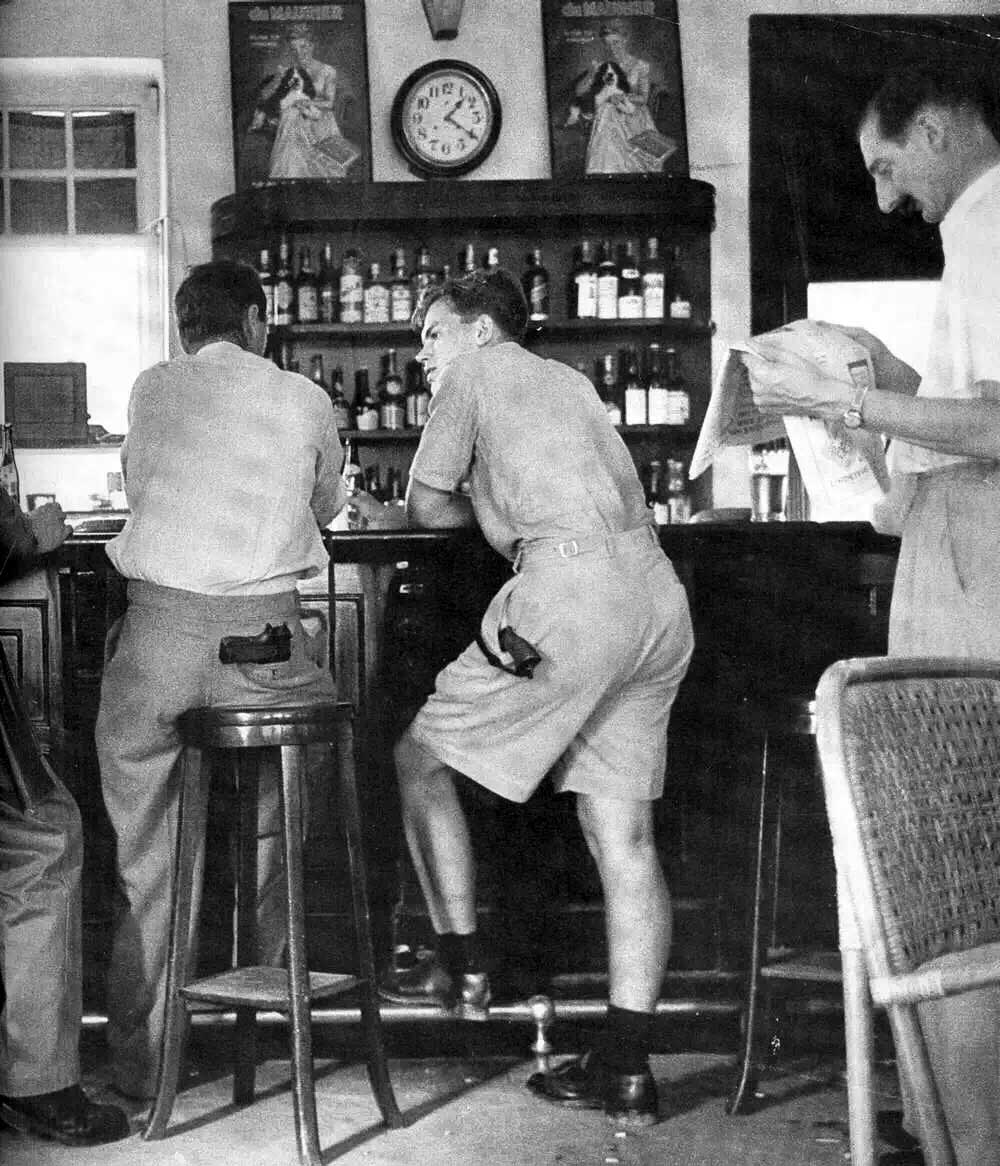 Wherever a chap found a space at the mahogany bar, the drink he would order would invariably be a ‘stengah’. The stengah features regularly in Somerset Maugham’s Far Eastern tales and derived its name from the Malay word for “half” – half whisky and half soda. Famously the beggar boys of Shanghai cried: “No mama, no papa, no whisky soda…” Locally brewed beers were never much cop; wines invariably spoiled on the long hot voyage via Suez and so spirits and cocktails were de riguer. Whisky was the spirit of choice; the stengah was helping to fuel Shanghai’s reputation as the Paris of the East.
In 1941 the Shanghai Club, like the rest of the city, was occupied by the Japanese. They cut down the legs of the billiard tables to better suit their height. After the communist revolution in 1949, the mahogany bar was put in storage, the Shanghai Club became an austere Maoist International Seamen’s Club and then, in 1990, it was turned into Shanghai first Kentucky Fried Chicken restaurant – the very definition of how the mighty have fallen. However, it’s a riches to rags to riches tale. The Shanghai Club is now the Waldorf Astoria, which has restored the Long Bar with seafood flown in from France, live jazz and a suitably excellent whisky collection. The Long Bar is back – though sadly considerably shorter than originally – but well worth a visit.

THE BUND
Nowadays the Bund is less commercial than the 1930s but offers some excellent dining for the visitor. No.3 was once home to a host of insurance companies but is now “Three on the Bund”, a building which contains a number of places to dine and gaze down on the old Bund or across the Huangpu River towards the futuristic skyscrapers of Pudong on the other side – a vista that has spurred so many Blade Runner comparisons that to mention it would be a social faux pas, marking you out as a newly arrived hick among today’s Shanghailanders. In the 1930s the view would have been across to a few one-storey warehouses known as “godowns”, endless chicken farms and market gardens as far as the eye could see. Three on the Bund today includes the brasserie Pop, celebrating Shanghai’s art-deco heritage; long time Shanghailander French chef Paul Pairet’s new carvery, the Chop Chop Club; Canton Table serving dim sum; the renowned Jean-Georges Vongerichten’s eponymous Jean-Georges, mixing classic French dishes with Shanghai twists; and, for the discerning late night tippler, the excellent cocktail bar Whisper, where you can settle in among the original 1916 fireplaces. The distinctive cupola of the building, accessible only by a winding staircase features a table for two, a fantastic view down the Bund and across the river, a private butler and one’s own chef – it is, perhaps unsurprisingly, Shanghai’s most celebrated place to pop the question.

THE CATHAY HOTEL
Today No.20 Bund is the Fairmont Peace Hotel; back then it was The Cathay Hotel. The building stands mid-way along the Bund, occupying an entire city block and with marvellous river views. It was built to the specifications of Shanghai’s most legendary chap – Sir Victor Sassoon. Sassoon was the genuine article – born into a Baghdadi Jewish family of enormous wealth (thanks in part to the opium trade) he walked with a limp sustained while serving in the Royal Flying Corps in WW1. He was Shanghai’s most prolific property developer and many stand out art-deco buildings were owned by him. He hosted the best dinner parties in town, where guests included Emily “Mickey” Hahn, socialite and New Yorker correspondent in Shanghai, who always attended with Mr. Mills, her pet gibbon, on her shoulder. But he is best remembered for building The Cathay, Shanghai most luxurious hotel that dominates the Bund skyline still. 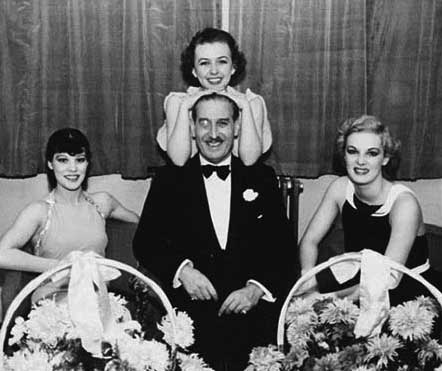 Noel Coward wrote Private Lives in The Cathay; George Bernard Shaw drank in the hotel’s basement pub, the Hare and Hounds; in 1939 WH Auden and Christopher Isherwood sipped cocktails at the nightclub in the hotel’s tower, the Tower Club. The hotel became the “Peace Hotel” in the 1950s after the Chinese revolution. It got a bit run down during the dark days of Maoism but has now been completely refurbished. Today the famous Jazz Bar, replacing Sir Victor’s Hare and Hounds, is going strong, with a jazz band of aged Chinese musicians who learnt their instruments pre-1950s before jazz become verboten under the no-fun communists. The hotel’s premier Chinese restaurant Dragon Phoenix is a great place to sample a proper banquet of classic Shanghainese dishes, while the Cathay Room offers French cuisine in chic surroundings that Sir Victor would have heartily approved of. Sassoon married his nurse “Barnsie” in later life and built the largest collection of Chinese ivory carvings, which he then donated to the British Museum.
The House of Roosevelt is housed in No.27 Bund, the former Shanghai HQ of Jardine Matheson (the biggest British opium dealers in nineteenth century China), now beautifully restored. The roof top bar provides an excellent night-time view of the Bund and the skyscrapers of Pudong opposite. It also houses the library of the Royal Asiatic Society in China (easy to visit by appointment) and the city’s largest wine cellar.
It would be churlish to leave the Bund without visiting the old British Consulate at No.33, the last building along the Bund before you cross Suzhou Creek via the Garden Bridge. The former building remains but is now incorporated into the Peninsula Hotel Shanghai, which is the best place for afternoon tea, while the rooftop terrace, Sir Elly’s (named after Sir Elly Kadoorie, another dapper chap, Baghdadi Jew and multi-millionaire of old Shanghai) provides great cocktails and a vast selection of whiskies.
And that’s the Shanghai Bund. Its dockside once teeming with ocean liners newly arrived from San Francisco, London and Marseille and a million rickshaws vying for trade along its length, now the river frontage is crowded with tourists, but the rooftops of the Bund provide an unparalleled view of this once most famous street in the Far East.

City of Devils by Paul French is published by Riverrun

The new edition sets off on a voyage around the