Where does one go for lunch to mark that fateful descent from one’s early fifties to one’s mid-fifties? Wouldn’t it be tragic to choose some achingly hip joint in Shoreditch, Portland or Berlin, where the menu, mostly consisting of kimchi, is printed in braille on a rusty vintage advertising sign? The venue for such an occasion would have to be old, stylish and with décor unchanged since the 1930s but still spruce – much like the birthday boy. An establishment where the menu is unpretentiously classic (without a twist), printed on quality velum in legible-sized print. Ideally situated on a metropolitan street that retains an old-world charm and not too many McDonalds.
That place, my friends, is the Savoy, Strand, London. Specifically Kaspars Seafood Bar and Grill. Do not be misled by the name; the crustaceans at Kaspars are adequately accompanied by plenty of species that once roamed the land, presided over by Kaspar the Cat. This Art Deco sculpture was created in 1927 to take his place at tables of 13 guests, after the unfortunate incident of 1898, when diamond magnate Joel Woolf found his dining party of 14 at the Savoy reduced by one. His cavalier disregard of superstition proved fatal – he was murdered two weeks later in Johannesburg. Ever since then, Kaspar the Cat has been offered as the ersatz 14th guest to any table of 13. 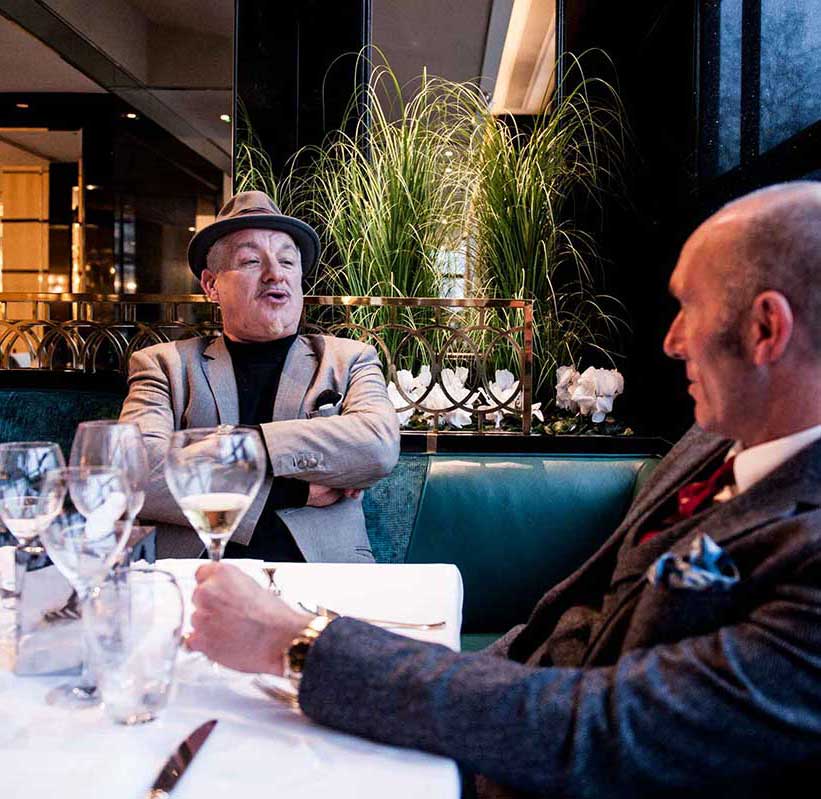 My dining companion was not an unsuperstitious diamond magnate, but nightclub impresario, style writer and fashion lecturer Chris Sullivan. Our similar vintage made conversation over the menus inevitable – a discussion of which foods and drinks caused each of us the most heartburn. We reached our respective selections via a process of elimination, with the happy result that Chris remained on dry land with steak and red wine, while I plunged into Kaspars’ impressive seafood selection.
Chris chose a Hereford Rib-eye steak with béarnaise sauce, accompanied by a Louis Latour Cotes de Beaune-Villages, while I chose a Domaine Cordier Pouilly Fusse to wash down a whole grilled Isle of Skye lobster. To commence proceedings, at least one of had to have champagne, and only one of us was intolerant of effervescent drinks (though curiously Chris requested sparkling water). And the only starter to have with champagne in a seafood restaurant is of course oysters. Win-win, I felt, on that score. Nevertheless, Chris got his taste of the sea in the form of an excellent bisque with espelette and fresh lobster.
Once the half dozen Jersey Rock oysters and lobster bisque arrived, there followed a discussion, which admittedly lasted a little too long, about which drinks cannot be taken with oysters. Various sommeliers solemnly joined us to impart their wisdom, until a chap at a neighbouring table piped up, clearly bored of the whole topic: “It’s vodka. It pickles the oysters inside you and makes you sick.” Satisfied that we were in a room full of experts, we commenced our repast. 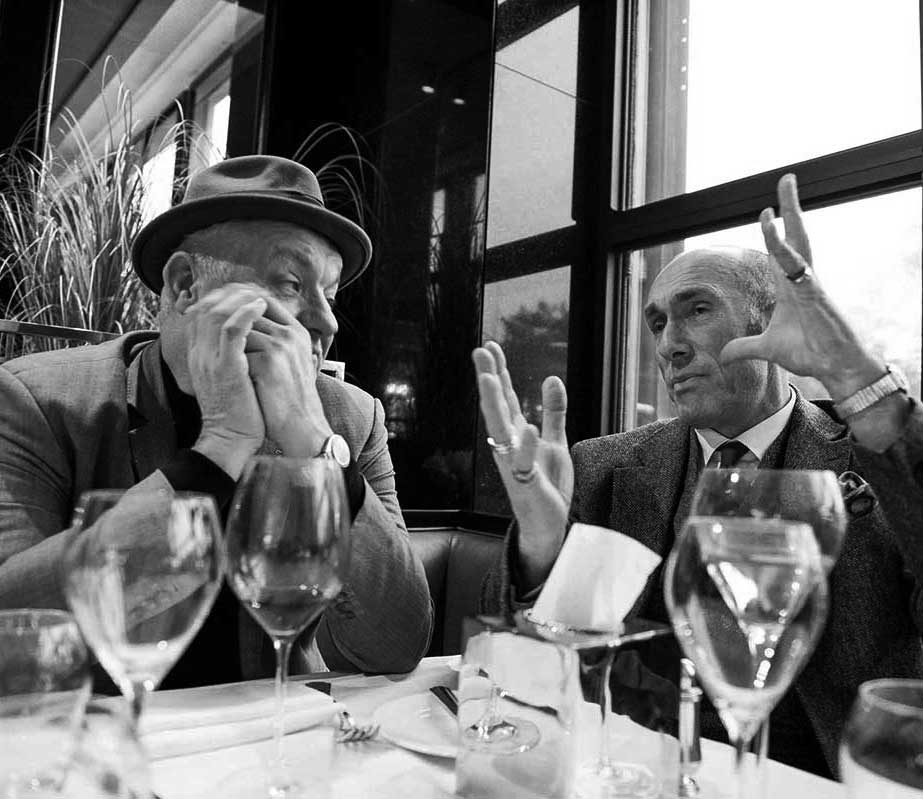 The room of Kaspars is something like you’d imagine a bar on the Titanic. An Art deco colour scheme of turquoise, silver and gold, dotted with potted palms, blots out the grey vista of the Thames outside. One could easily imagine Bertie Wooster & chums hurling bread rolls at each other in such an establishment, though the new décor was installed as recently as 2010, during a three-year refurbishment of the Savoy. The bottle-blonde Russian pianist tinkling out Candle in the Wind was the only reminder that we were in the less raucous 21st century.
We ordered some side dishes, including some excellent chive and truffle mash, but really, is there any meal more complete for two men in their mid-fifties than a fine cut of Hereford beef and a whole lobster? When it came to pudding (what man of any age does not want pudding?) we were pleased to see that the peach melba created in the late 19th century by Escoffier for opera singer Dame Nellie Melba still graces the menu, though since neither of us is an opera singer we plumped for the puddings more fit for our stations: Chocolate Fondant and Sticky Toffee Pudding.
Kaspars has done an excellent job of reinvigorating a legendary restaurant, by providing food whose classic simplicity doesn’t require too much attention, staff who are courteous without being obsequious, and décor that made the unappetizing task of turning 54 into a thoroughly pleasant experience.