The 2019 Chap Olympiad took place on Sunday 11th August at Firle Vintage Fair, the original date of Saturday 11th having been wiped out by a thoroughly unexpected Sussex storm. The Olympiad revelled in its new country location, on a beautifully manicured croquet lawn in the grounds of Firle Place, a Georgian country pile in the Sussex Downs, as part of a three-day festival celebrating vintage life in all its glory, with dozens of vintage clothes (including The Chap and Bobby and Dandy) and homeware stalls, a Victorian funfair, dancing girls in sequinned costumes, a classic car show and live music, all capped off by a Best Dressed pageant hosted by The Chap. 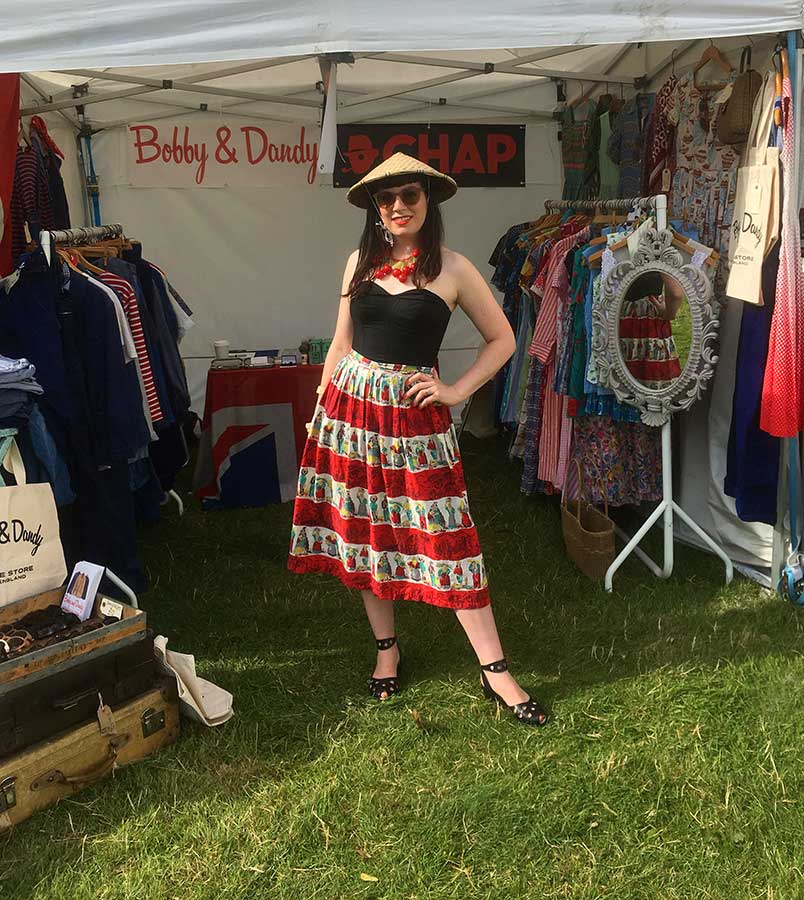 Familiar events such as Umbrella Jousting, Tea Pursuit and Cucumber Sandwich Discus proved entertaining crowd-pleasers, while Well Dressage benefitted from the surprise addition of a pantomime horse. New event Picnic Vaulting made its mark on this year’s Chap Olympiad, with the pleasing result that no-one was injured by chaps and chapettes vaulting with a pair of walking canes over a pair of picnicking ladies. Other highlights included an odd Steampunk/Pirate/Johnny Depp/Adam Ant hybrid who won a bronze cravat for his sterling performance in Umbrella Jousting. The silver cravat was won by Miss Minna, who gained particular accolades from the judges for knocking her opponent’s bowler hat off during Umbrella Jousting. 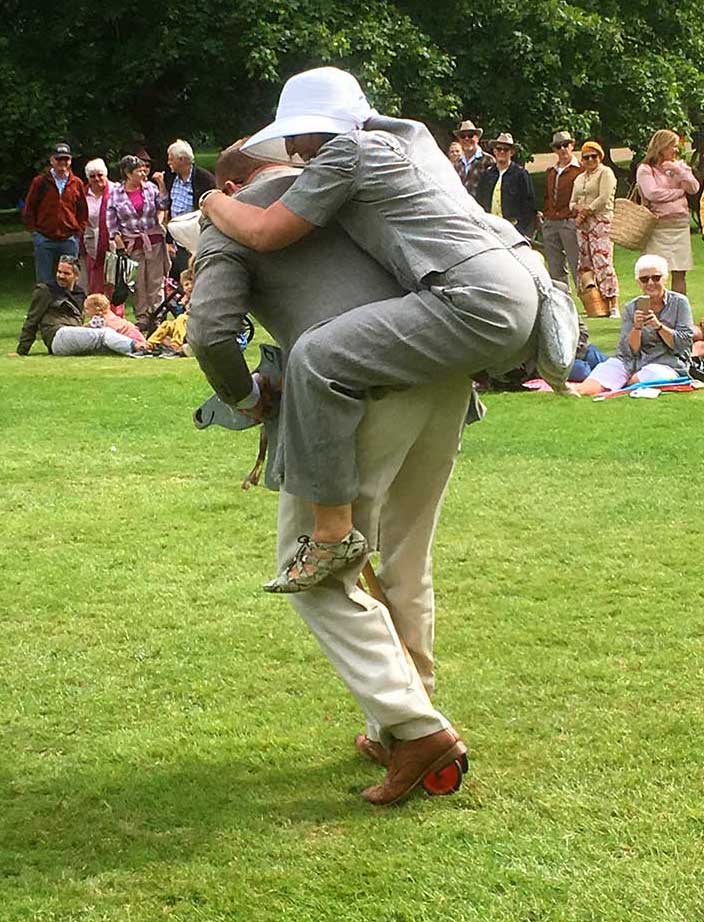 The Gold Cravat was won by a bearded cove named Jay James, who, among many other outstanding achievements, wiped the grass with the competition (and indeed his partner) during his bold double-hobby-horse approach to Well Dressage.
The Chap Olympiad was delighted with its new country home and will almost certainly be back next year for more unsporting tomfoolery. Video footage from the event may be viewed here

This year the legendary Chap Olympiad, instead of taking place in London, moves to a country