EXPAND YOUR MIND, REFINE YOUR WARDROBE 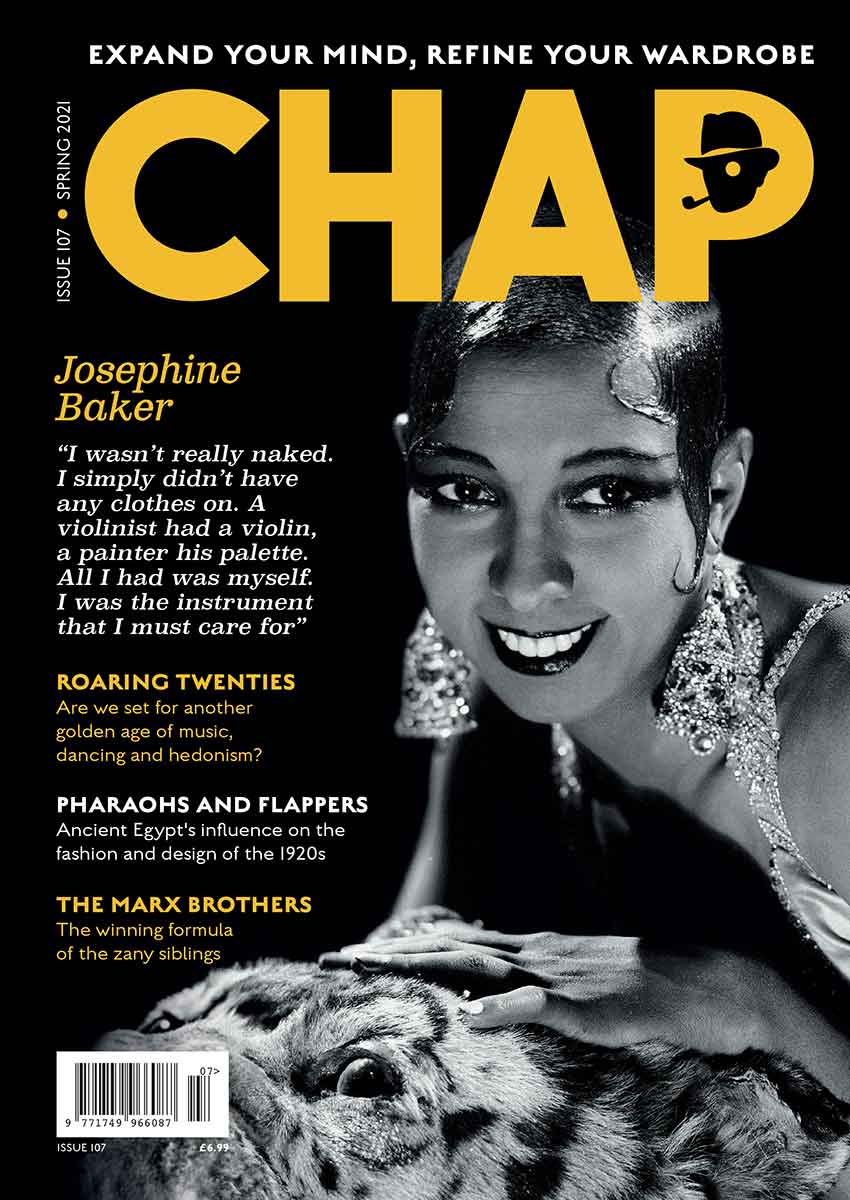 The Chap was founded in 1999 and is the longest-serving British magazine dedicated to the gentlemanly way of life, with its own quirky, satirical take on a style that has recently entered the mainstream. Relaunched as a quarterly in May 2017 with a larger format, CHAP is now seen as both a stalwart of old-fashioned values, and paradoxically also the pioneer of new trends in fashion. Its reportage covers everything from vintage festivals to new makers of tweed garments, giving a rounded view of how to live well in the modern age.

Initially sold mainly by subscription, today The Chap is distributed via Warners Group Publications across Britain’s high-street newsagents. You will find a copy of The Chap in almost every branch of WH Smith in the country, as well as in book chains such as Waterstones and Blackwell’s. The Chap is also sold in the travel branches of WH Smith, including Heathrow, Gatwick and Stansted Airport, and all the major British railway stations.

The Chap takes its message very seriously, while disseminating it with as much vim, wit and verve as possible. The editorial team have frequently taken to the streets to protest against what they see as the gradual homogenization of the High Street, to try and prevent the spread of blandness into every area of society, from cafes to clothes shops to automobile manufacture. In 2012 The Chap’s protest against Abercrombie & Fitch opening a shop on Savile Row received global attention and support, despite the ultimate entrée by the vulgar American retailer to the home of bespoke tailoring.

Still, the struggle continues, to maintain at least a few bastions of old-world civility, charm and bonhomie, in a world increasingly beginning to resemble one gigantic shopping mall. The Chap’s response to this is to continue to wear fabulous, elegant clothes, display impeccable manners at all times, regardless of what behaviour encountered, and to encourage others to do the same.