This year the legendary Chap Olympiad, instead of taking place in London, moves to a country location. At 1pm on Saturday 10th August, the Tournament of Tomfoolery will occur at Firle Vintage Fair in East Sussex. This year’s repertoire includes classic favourites Umbrella Jousting, Cucumber Sandwich Discus, Tug of Hair and Tea Pursuit, as well as a brand new event Picnic Vaulting.
All the events at The Chap Olympiad have been designed to test the chappish mettle of contestants, rewarding them for the skills they naturally possess rather than any form of sporting ability. Umbrella Jousting requires precise co-ordination betwixt bicycle, brolly and briefcase, with the only protective clothing a bowler hat. Cucumber Sandwich Discus puts one’s sandwich hurling abilities to the test, the object being to land a side-plate containing a cucumber sandwich as far as possible, but without the sandwich departing from the plate. Extra points are awarded for the crust-free sandwich remaining edible. 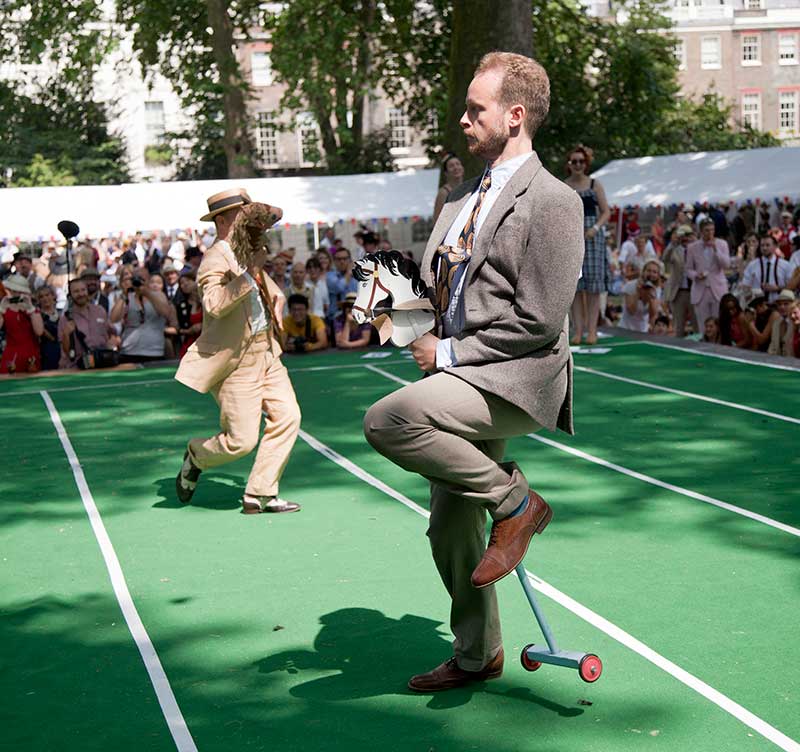 Tug of Hair is a moustache-based contest between two teams, who must pull at the giant lip weasel of a chap in a deck chair in opposite directions until the chap is dethroned. Points are deducted for messing up his moustache wax. Tea Pursuit sees chaps and chapettes aboard bicycles, one bearing a cup and saucer, the other a teapot. Teapot-bearing chap must fill the tea cup of their team-mate without spilling a drop. Milk must also be added in the correct order (if you don’t know you’ll lose points). Well Dressage is a gymnastic event, in which points are gained for the most aesthetically pleasing display of one’s sartorial highlights while disporting oneself around the arena on a hobby horse. Brand new event Picnic Vaulting is probably our most dangerous event. Using two walking canes, contestants must vault over a couple taking a picnic on the croquet lawn, without causing injury or knocking over their cocktails. 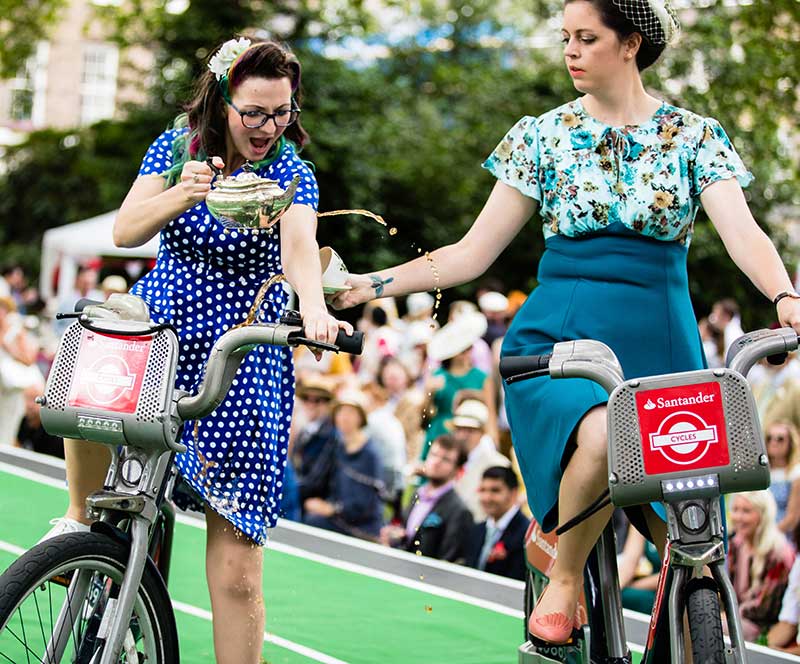 Firle Vintage Fair takes place over three days from 9th-11th August, in the splendid setting of the grounds of Firle Place. The site is a short hop from Lewes Railway Station, from where guests will be ferried by free omnibuses. Other entertainments include live music, a vintage fairground, acres of vintage clothing and homeware stalls, a literary tent whose guest speakers include Jacqueline Wilson, children’s activities and best-dressed awards, which on Saturday 10th will be awarded by The Chap.

Olly Smith pays a visit to the East Sussex vineyard