Why am I writing about Disneyland in The Chap, you ask? Because, for the past four years, Disneyland in Anaheim California been the epicentre (not Epcot Center – that one’s in Florida,) of Dapper Day, and Rose Callahan and I had been invited by the event’s organizer to give a presentation about our book I am Dandy: The Return of the Elegant Gentleman. Dapper Day is the inspired invention of Justin Jorgensen, an L.A.-based artist and designer. Jorgensen was a theatre-loving kid, obsessed with the diorama-like qualities of cutout flat scenery and coloured lights. But when he moved to L.A. in the autumn of 1993, he fell in love with the staggering level of detail and interactivity at Disneyland, and decided that designing for Disney theme parks was his calling. 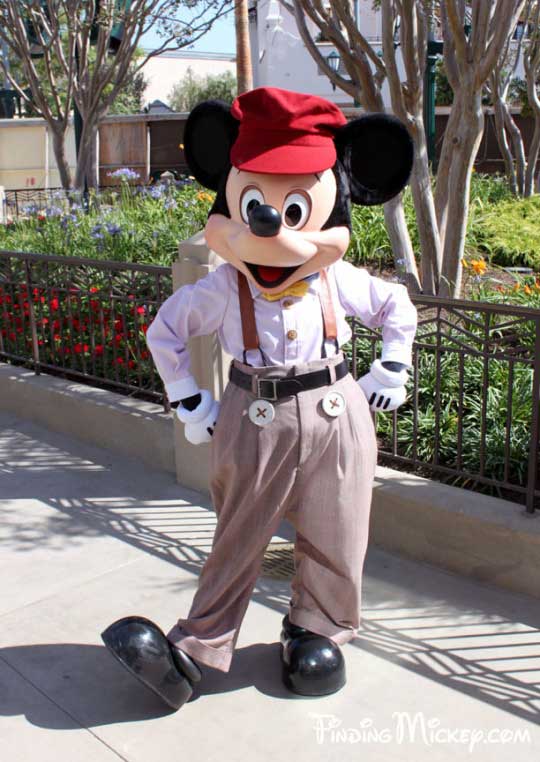 While working as a designer for the parks, Jorgensen came across many of the original design sketches and concept illustrations of the park from the 1950s. Walt Disney’s dream of an immersive wonderland for children and adults was limned in vivid colors on page after page of concept art, and Jorgensen noticed something: “The parks always turned out better than the illustrations, but the guests never did.” In the drawings, families visited the park’s attractions invariably dressed in their Sunday best: mom in a colorful A-line dress, dad in a sack suit, narrow tie and trilby, the boys in shorts and the girls in frocks. A day out in Disneyland was an occasion and Jorgensen, looking around at the legions of tourists in T-Shirts, flip-flops and sweatpants, was sorry that the “hyper-idealized clientele” of the illustrations never really made it off the page.
The first Dapper Day was in 2011and about 100 people showed up. Four years later and the L.A. Weekly estimated the number of participating park-goers at the last event was close to 20,000. Dapper Days are now held twice a year at both Disneyland in California and Walt Disney World in Florida, as well as every autumn at the Disneyland Parc in Paris. The event to which we were invited marked the first time the celebration was extended over two days: on Saturday a Dapper Day Boutique selling new and vintage clothes and accessories was set up in the Disney Grand Californian Hotel, there was a slideshow of vintage photos from the park in the afternoon and our presentation in the evening, followed by a book signing and cocktail reception, all of which was reasonably well-attended and fairly ordinary (with the exception of the attendance of New York style icon Tziporah Salomon.) None of which went any way towards preparing me and photographer Rose for the surreality of Dapper Day at Disneyland. 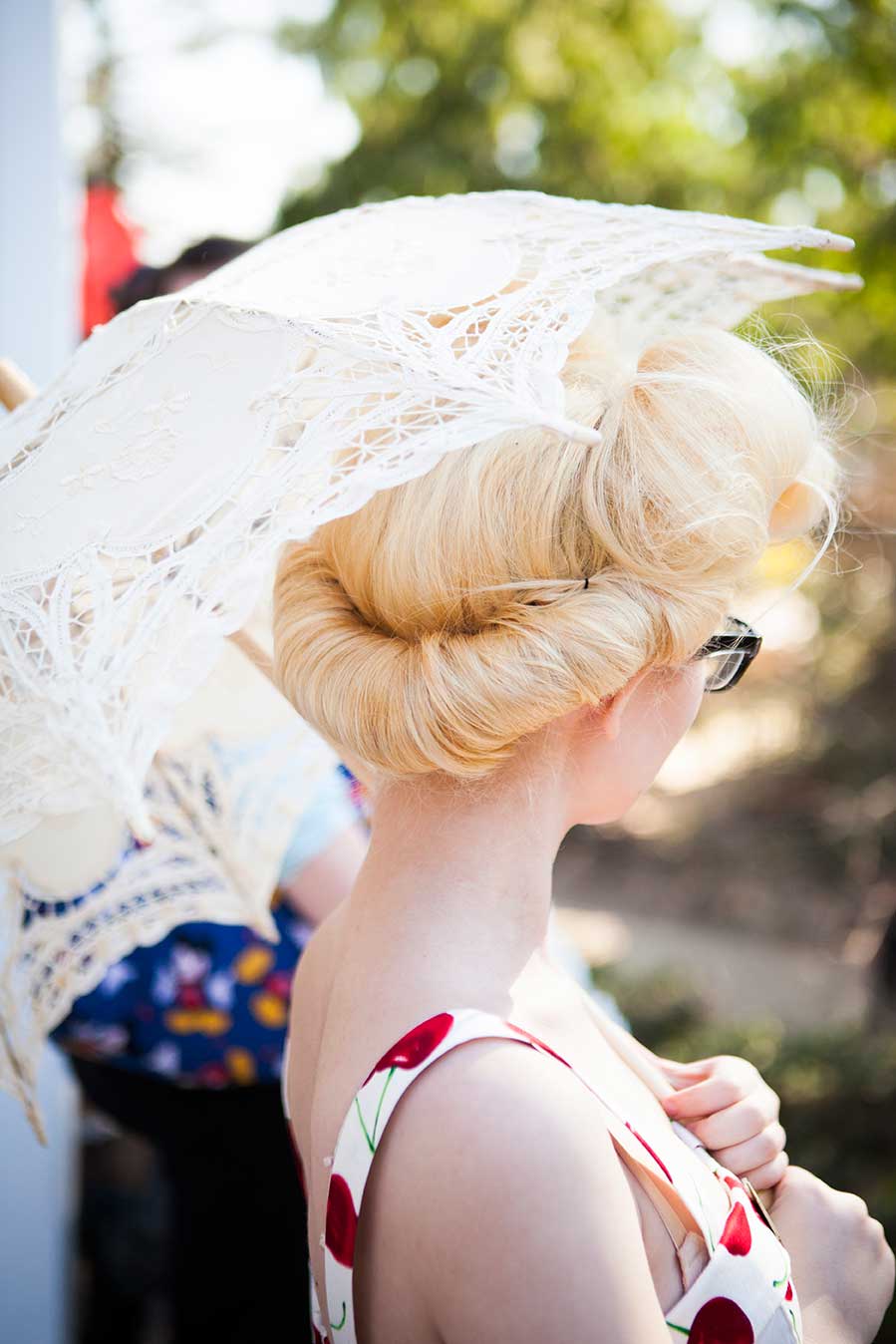 You see, the Disneyland Resort is already the most surreal part of a very surreal city in an altogether unbelievable state in an often implausible country. The dream-compound consists of three hotels bordering two parks bisected by an outdoor shopping mall called Downtown Disney. Disneyland Park, the older of the two parks, benefits from a combination of classic, recognizable attractions like The Haunted Mansion and Sleeping Beauty’s Castle and newer, effects-heavy rides like the Indiana Jones Adventure. The newer park, Disney California Adventure, benefits mainly from the fact that alcohol is served on the premises. Add to this mix of professional princesses, forced-perspective architecture and hour-long queues, 20,000 people who have been encouraged to express their definition of ‘dapper’, and you’ve made a weird place even weirder. 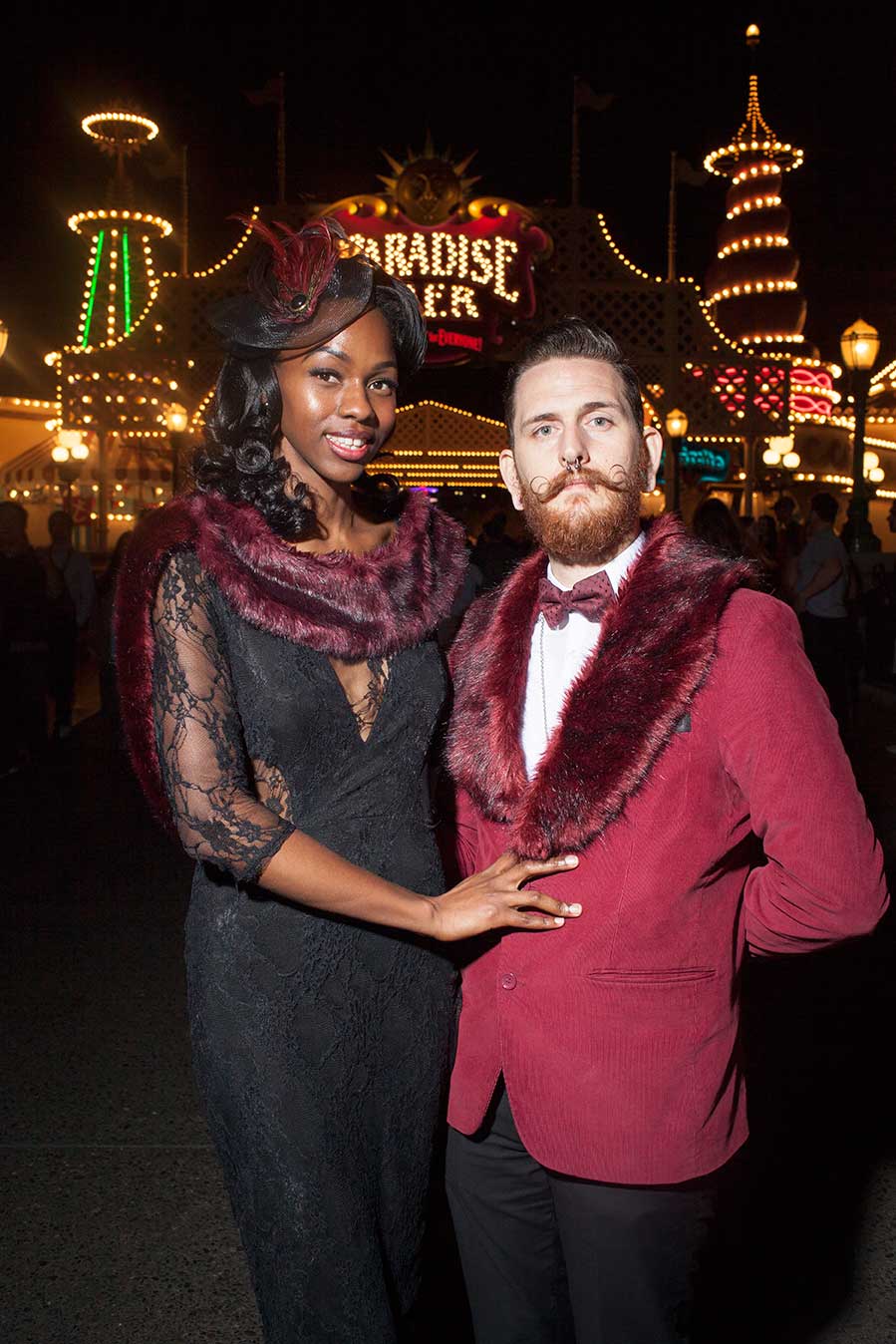 Of course, typical civilians lack the sartorial acumen of the average Chap reader, so clip-on braces, pre-tied bow ties and cheap Fedoras were abundant, and those who fully understand the difference between dressing up and dressing well were probably only slightly better represented than they are in the general population. But that’s not the point of Dapper Day. Jorgensen’s dream is an equal opportunity one, and the remarkable thing is that the general population is making an effort at all – possibly for the first time in some of their lives. As usual at events like these, roving packs of Steampunks, whose hats need to wear goggles for some reason, showed up, as did three David Tennant-era Doctor Whos that we dubbed Doctor Whys,) but for the most part, the thousands of slightly-spiffier-than-usual guests succeeded in making the park a more attractive, cheerful, and enthusiastic place.
The Mark Twain steamboat, usually considered a dull and old-fashioned attraction, is mobbed on Dapper Day, and as it pulls away from the dock and trundles up river, passengers are treated to the sight of thousands of men and women on shore in suits and dresses cheering and saluting them and shouting “Happy Dapper Day!” The sight is doubly impressive when one learns that the consummately elegant Dita von Teese, dressed head to toe in black Chanel for Dapper Day, was following in a canoe, exhorting her fellow passengers to row harder by shouting from the stern. “I think she was experiencing part of the goal of it,” says Jorgensen, “people who like dressing up can dress up without feeling weird.” 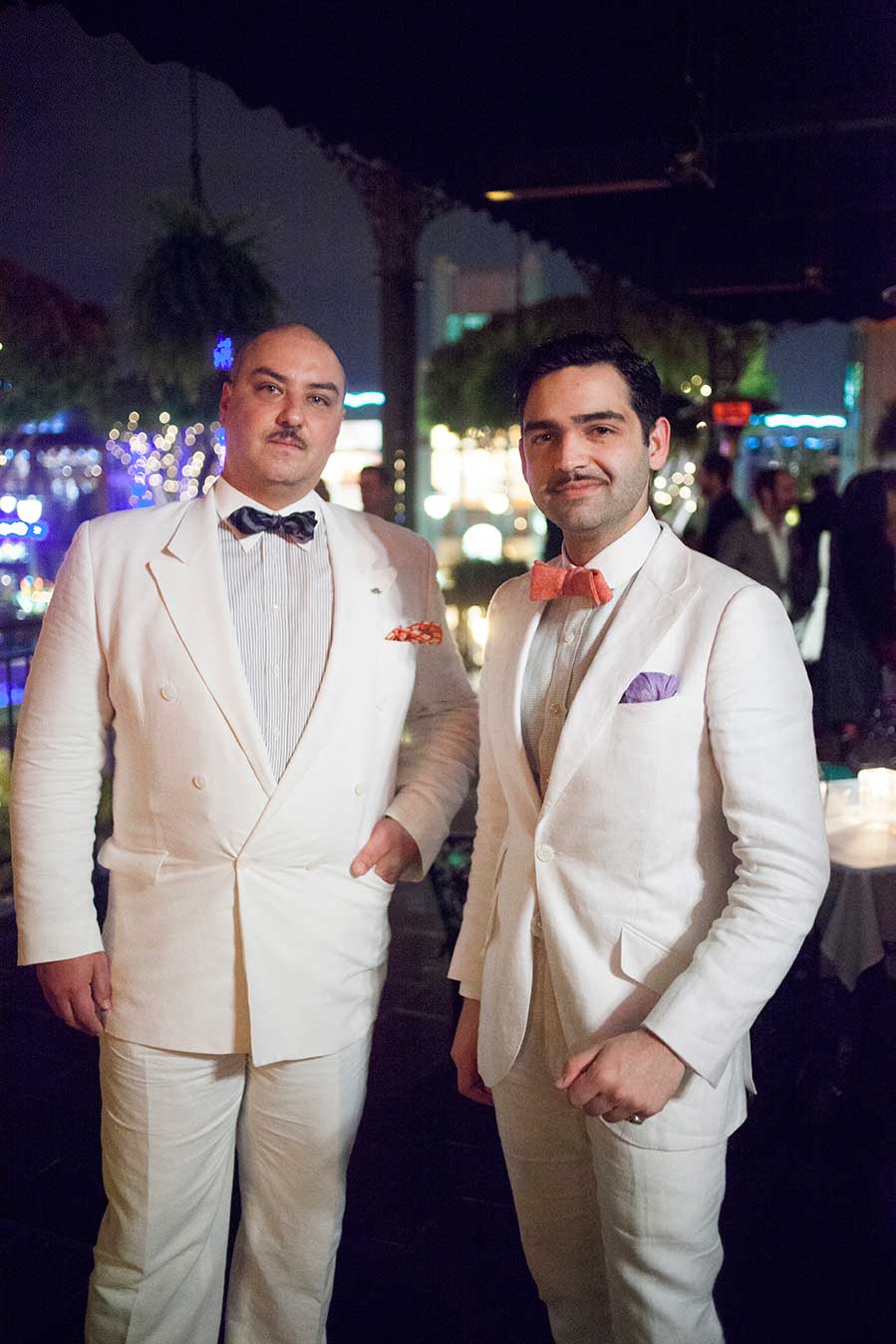 Jorgensen points out that, unlike other theme days at Disney – two of the most famous are the gay days and the Goth day – Dapper Day isn’t about “a group invading a space.” He likens it to “a big cocktail party without cocktails,” which is as good a description as any of both its appeal and its woefully dry downside. He recalls a day several years ago when he convinced some of his artist friends to spend a day at the parks. When they arrived, he was appalled to discover that these usually-stylish friends of his were wearing ironic “tourist drag” – it was the final straw, leading Jorgensen to begin his all-inclusive effort at making Disneyland more presentable two weekends out of the year. And, despite the almost painful proliferation of men wearing belts with braces, it nevertheless gives regular people (excuse me, Californians,) an excuse to experiment and dress up – even just a little bit.
“It’s the first time a lot of these people have tied a bow tie,” says Jorgensen, “Dapper Day is the sartorial gateway drug. Besides, sometimes Mickey wears a belt with suspenders.”

By Nathaniel Adams, photos by Rose Callahan Natty and Rose are authors of I am Dandy

We are making a stunningly generous offer to entice new subscribers to our magazine. For the

We are making a stunningly generous offer to entice new